Collecting a new army for Warhammer

In this post I will go through my experience since I first started in the hobby and why today, after the Old World was officially murdered I am deciding to collect an Orc and Goblins army...for the second time.

It was 2001 and something huge was about to happen, the release of the Lord of the Rings: The fellowship of the Ring. As a teenager with a prior interest in Fantasy I absolutely loved the first movie.

Another 3 years passed, now 2008,  I remember meeting my friend and sleeping over at his. The conversations flowed and he started describing how he used to play something called Warhammer Fantasy.

Not even in my wildest dreams I would have imagined where this hobby would take my imagination in the coming years.

After diving-in in the rich lore of the old Warhammer world I decided that Dwarfs were my army. Move forwards a couple of months consuming all the lore I could get my hands on while continuing purchasing boxes of miniatures and discovering hobby products.

Collecting Warhammer can certainly get out of control

Fast track another year while Games Workshop continued promoting their products and they did their job, I was convinced that I wanted I needed a new army. I didn’t know then but I was infected by a new kind of disease: Plastic addiction. 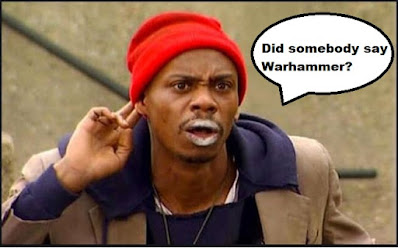 Soon I started collecting many other armies: fantasy orc and goblins, dark elves ,40k eldar ,40k dark eldars…at the end of the day it is good to paint new things...righttttttt? It took me probably one further year to feel completely overwhelmed by the amount of plastic and white metal I got myself into.

I had so many miniatures that the simple action of choosing what to paint next became a challenge on itself.

I needed to reassess what I was doing as I felt absolutely overwhelmed by the task I set myself(also known as  painting all the miniatures that I owned) , it was simply too big of a task to get tackled…with good reason: It would take me over a decade to paint the first 2.000 points of my Fantasy dwarf army.

The key take away from the above is that building a Warhammer army can be a big commitment both time and budget wise. It has taken me approx 12 years to build roughly 2.000 pts of Warhammer Fantasy Dwarfs. I can see the appeal of Age of Sigmar, with smaller bands and less overwhelming forces...but nothing can compare to a rank and file army!

I always loved the lore and esthetic of the orcs and goblins army and after careful consideration I got to the conclusion that now that the core of my Dwarf army is ready I was up for the challenge of a second army.

The reasons why I wanted to go for an Orcs & Goblins army are the following: 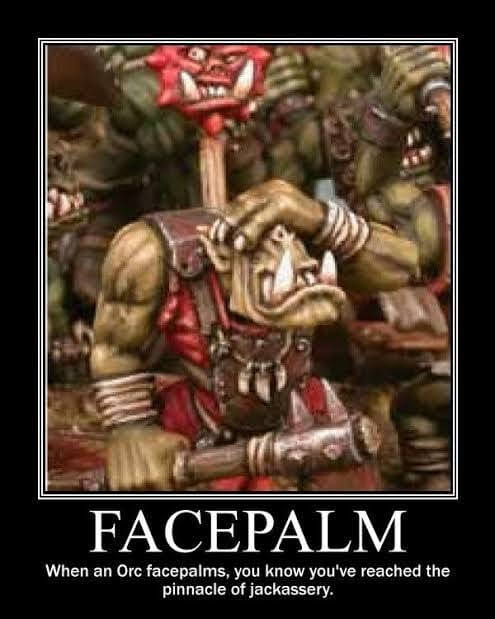 The work of Victoria posted in CMON-A huge inspiration 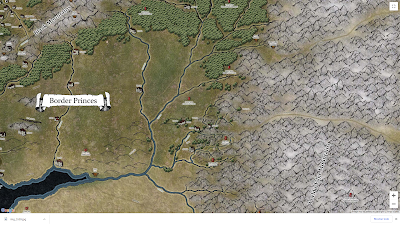 The army will be inspired on the “Bloody Spearz” boys on the Western part of the Mad Dog Pass and the silver Road- fully detailed map of the Fantasy old world can be seen here. 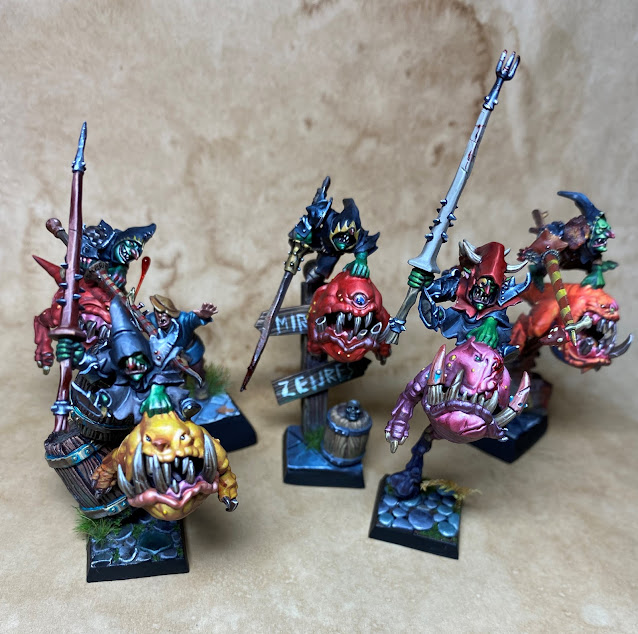 Obviously there is an elephant in the room, I hear somebody saying “WTF Gimnir, Fantasy is dead, what are you speaking about!!?”

The first step is to set up the core of the bloody spearzs army list in which I can focus, or what I like calling a road map.
I personally love the Warhammer Reforged initiative due to the love and respect for the Fantasy Lore and the principle of the game being having a good time with your opponent and not exploiting ultra competitive gaming.

Based on the 3rd edition of Warhammer Reforged Orc and Goblins army book this is how it looks:

I am under no delusion that painting a full Orcs&Goblins army is a monumental task, and now, unlike what happened to me 10 years ago I am fully aware of what this project will demand in terms of time and effort.

Goals for the Bloody Spears

My idea for the army is hitting 3 main goals:

It is now 2020; almost 12 years have passed by since the last time that I tried to build an army of green idiots. Now I am a little bit wiser and know what this project will require.

I am aware of some hobby traps that I will try to overcome and not fall into as I did in the past. Dying of plastic overdose and shooting at too many projects at the same time comes to mind .

If I make some quick numbers assuming that each mini in the army will take roughly 10 hours (prepping, sculpting, basing and painting) that means that I will spend 1.600 hours building and painting the core army list of 2000 points.

Being optimistic, and allowing myself 1h a day EVERY SINGLE DAY (no holydays, no days off) to dedicate to the hobby it will take me approx. 4.5 years to build a basic army of 2.000 points. 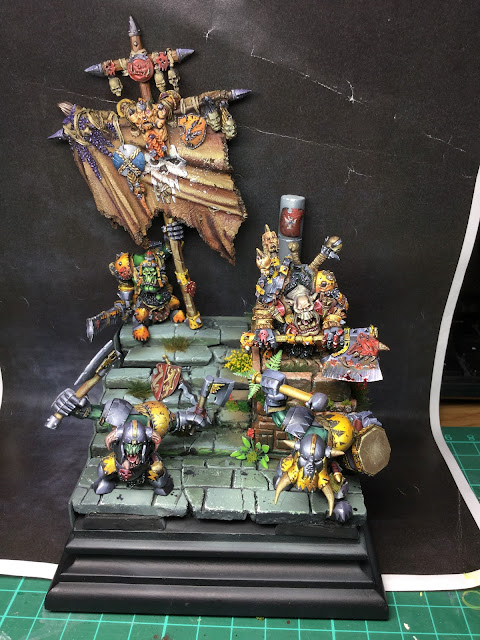 Every cloud has a silver lining-Black Orc Boss, Standard Bearer and 2 Black Orcs are already commanding my green idiots

But now let’s be realistic, I won’t dedicate all my available hobby time to my orcs and goblins…My dwarfs will require some attention as well and from time to time I will flirt with larger scales and genres…all in all I would expect to spend the next 8-9 years building the core army. 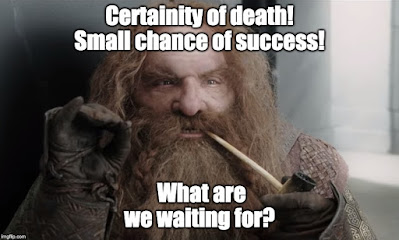 It is almost scary thinking of such a long term project but there is no better place to log the beginning of the journey than in my personal blog. Regularly posting on the Goblin Diaries will help me to stay accountable.

I realize that there is a motivational pitfall  in any war-game army building and that I will most likely go through several valleys but all is part of the process.

I would love to know what have been your struggles when building your army and what the most rewarding part of the process is.

If you want to ask something , are interested in make me paint something for you or other matter don't hesitate and write to:
pinceldegimnir_at_gmail.com 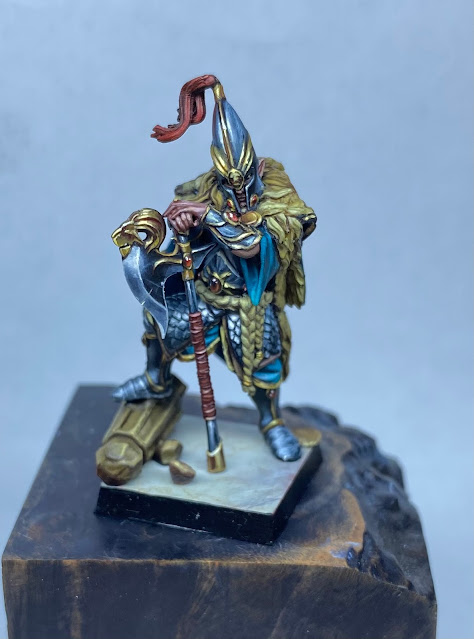